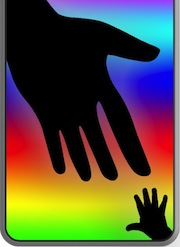 The issue of tolerance for Same-Sex Marriage and Same-Sex Adoptions are treated differently throughout our State. It is Dade County where the majority of the Family Court Judges have followed the precedent set in this county where Same Sex Adoptions have been liberally approved.

Even in some of the typically considered liberal counties such as Broward and Palm Beach counties there are family law judges who will not approve Same-Sex Adoptions. The issue of Venue or the county in which an Adoption must be filed is rarely objected to and therefore in the State of Florida many Gay and Lesbian partners travel thousands of miles to ensure that their partners are able to adopt their child and to start a family.

At this time, there are currently nineteen States which have banned State Laws that do not allow Same-Sex Marriage. These States have followed the Supreme Court of the United States recent decision which determined that portions of the Defense of Marriage Act were unconstitutional, because the provisions violated the Equal Protection Clause of the United States Constitution. The law discriminated against the rights of Gays and Lesbians and therefore it was deemed unconstitutional.

It appears that many more States will continue to follow this trend and based upon more and more cases being sent to each States higher Courts or the Supreme Court determining that All State laws banning Gay Marriage are unconstitutional. 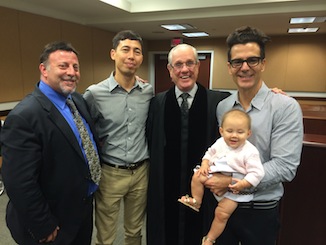 In Tallahassee, the State of Florida continues to enforce the Defense of Marriage Ac, in this State, and the Courts in this State are legally allowed to refuse to recognize Same-Sex Marriages even if the marriage was entered into legally in another state.

At this time, almost 5% of all adopted children are being raised by gay and lesbian parents. Most reliable evidence shows that children adopted into same-sex families develop in the same ways as children adopted by heterosexual families will not make a person gay.

In January, six gay couples sued in Miami-Dade County to argue that Florida's ban on gay marriage violates the United States Constitution's guarantees of equal protection and due process. This lawsuit is based on Florida's discriminatory practices against gay and lesbians. 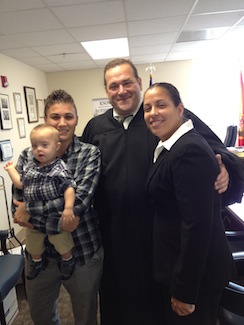 In Florida, Dade County has been at the forefront of litigation which protects the rights of gays and lesbians.

Dade County Judges have followed the precedent set by the 2010 ruling and continue to be open to the protection of the rights of gay and lesbians as well as ALL minorities.

May counties are unwilling to change with the times throughout Florida and it is extremely risky to file a same-sex or second-parent adoption in many of the other counties throughout the State. Based upon the liberal attitudes of many Dade County Judges, there is a higher likelihood of success for a same-sex/second-parent adoption in Miami-Dade County than in any other county in this State. Even with the inevitable end to the ban on same-sex marriage in the United States and in Florida, the State of Florida countries to fall behind in the social changes in our country. Contact the Law Offices of Kenneth M. Kaplan, Esquire, to assist in All types of Adoptions, including same-sex and Second parent as well as all other Family Law Matters. 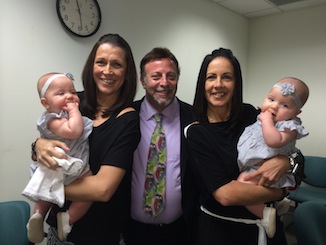