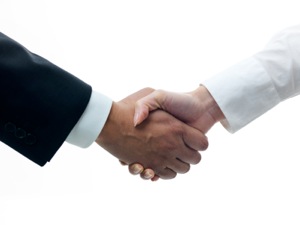 Many changes occur after people get a divorce or after a final judgment is entered in other family law matters. In the State of Florida, when there is a substantial change in circumstances following a judgment which is permanent and is not voluntary a modification of a final judgment can be filed. A modification is an attempt to change the terms of the Final Judgment or any agreement which is part of a Final Judgment.

Based upon the economic situation in the United States and the State of Florida, many people have less financial resources then they had in the past. Many people have lost their jobs or have a substantial reduction in their income. These people are able to demonstrate to the court that under Florida law that they have had a substantial change in circumstances this alone is not enough to be granted a modification. In addition to showing a decrease in their earnings or financial resources the individual seeking a modification has the burden of proving that there reduced earnings were not due to the fact that they either quit their job or that they caused themselves to be fired. If they quit their job or if it was their fault that they were fired the court will consider these circumstances as voluntary actions and this will preclude a person seeking modification.

If a person become unemployed, but they are able to obtain another job within a short period of time with equal or higher pay then this will not be deemed by the courts as a permanent change in circumstances. A person may seek relief in these instances but the relief that they will seek would not be a modification.

Modifications in Florida are not limited to financial problems or to people’s increased earnings. Other types of modifications involve custody, visitation, and timesharing. Based upon reactant changes in the State of Florida the terminology of custody and visitation has been changed. Based upon these changes, timesharing between fathers and mothers and husbands and wives are presumed to be equal. The changes to the timesharing statues (61) in the State of Florida have also had an affect and an impact on the amount of child support that parties will receive and pay. In the past, child support and custody and visitation were separate issues. When the Florida Legislation changed the law and eliminated the terms Custody and Visitation and replaced them with Timesharing and Co-Parenting this created a whole area of law where modifications are frequently filed. The number of days a parent visits or has timesharing with their children is calculated into the amount of child support they have to pay. This new law allows parents who seek additional time with their children based upon a modification to also seek to reduce their child support at the same time.

A modification occurs when substantial changes in circumstances happen such as children living more time with one parent, one parent’s decrease or increase in earnings, one parent’s failure to see the children, or either parties attempt to move with the children outside over 45 miles of their current residents.

Relocation creates a change in circumstances which also triggers the filing of a modification because the timesharing of the parties automatically changes when they live far apart.

There are many other changes in circumstances which warrant the filing of a Petition for Modification. If you believe that you have a situation which creates a substantial change in circumstances following the entry of a Final Judgment, please contact me to discuss the specific facts of your case and I will advise you whether or not you can or cannot modify your Final Judgment. If a modification of a Final Judgment has been served on you, then I will tell you how to defend yourself on how to defend yourself on this type of litigation.