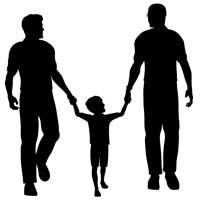 The circumstances which resulted in the States reversal of its position involved a Juvenile Dependency case involving two openly gay foster parents who had been raising children in their care for a number of years.

The Attorney General's office did not appeal the 3rd District Court of Appeals decision and based upon this result at this time their is a precedent in the State of Florida allowing Gay Adoption.

I practice in Miami-Dade County, Florida and I believe that the case precedent presently allows for Gay Adoption in Dade County.Under these circumstances I am prepared to represent openly Gay and Lesbian individuals seeking to Adopt.

Additionally, I practice law in Broward County, Florida and believe that it is necessary for a Gay Adoption to be filed in Broward County, Florida to follow the precedent set in Dade County under the 3rd District Court of Appeals. With either a Gay Adoption being allowed under this precedent or to Appeal any Judges decision in the 4th District Court of Appeals in the event the Circuit Court Judge Feels that Gay Adoption is unconstitutional.

This would create the necessary conflict to have the Supreme Court of the State of Florida ultimately reverse an antiquated law which does not preclude gay foster parents from raising children until their eighteenth birthday, but refuses to allow Adoption by All people based upon their race creed or sexual orientation.